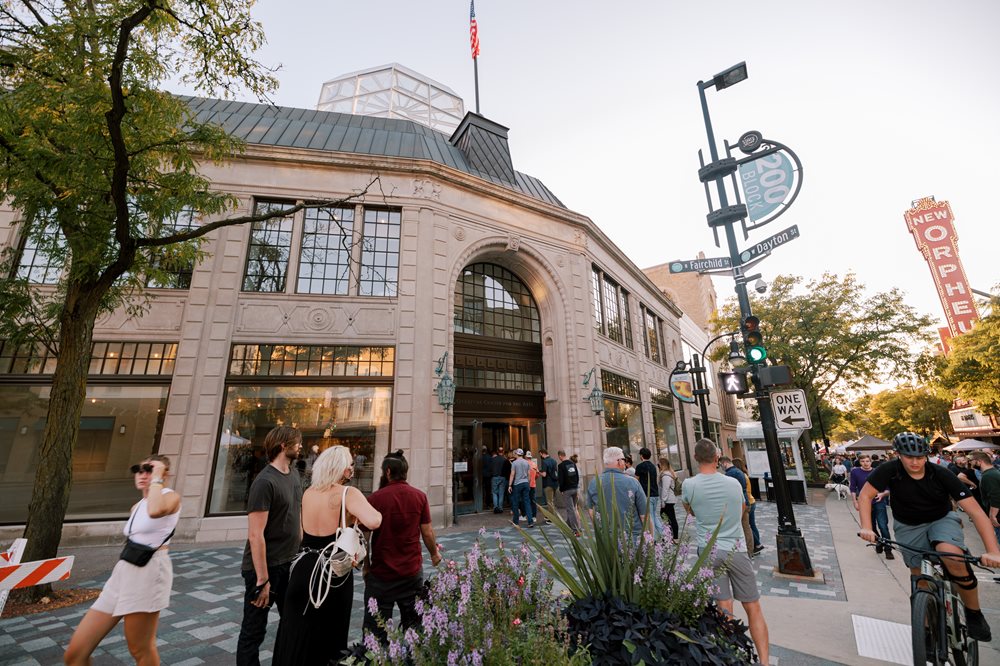 The Overture Center in beautiful downtown Madison, Wisconsin, is one of the finest performing arts centers not just in the Midwest, but throughout the entire country.

It features multiple performance spaces ranging from the spectacular 2,200 seats Overture Hall to the intimate Promenade Hall, and it’s also home to the Madison Museum of Contemporary Art.

With so much to bring to the community, it’s a core part of the downtown Madison landscape and definitely a place not to be missed for tourists and locals alike.

Along with being an amazing place to visit, the Overture Center has its own fascinating history and story. We’re excited to share six of our favorite historical facts about it, and while we have your attention, recommend a few shows we think you should plan to check out this summer.

So, let’s pull back the curtain on this historic location and dive right in!

1) The Overture Center was originally a silent movie theater
Opened in 1928 as the Capitol Theater, this theater operated at the height of the silent movie era. It was a lavish attraction, complete with uniformed ushers, for Madison residents who wanted to catch a glimpse of the silver screen. In fact, the original theater organ still remains in the Capitol Theater today.

Although the Capitol Theater doesn't have any silent movies scheduled for this upcoming summer, you can check one out this fall 2022 when Duck Soup Cinema returns to the Overture Center.

2) I wanna be an Oscar Mayer Theater
In 1974, a freshly elected Mayor Paul Soglin announced plans for the start of the Madison Civic Center, in which the Capitol Theater would play a crucial role. This wouldn’t come without its cost though, and luckily enough for the city of Madison, Oscar Mayer was willing to step in and help foot the bill.

The Madison Civic Center would open with a newly renovated Capitol Theater to be renamed the Oscar Mayer Theater, as well as a new playhouse, art center, and lobby.

3) The Overture Center hosts many of the region’s local art groups
After the opening of the Madison Civic Center, the 1980s and 90s were a time for major growth for the performing arts center. Not only did it host Broadway shows and acts from all around the country, but it would also become a home for many of Madison’s own performing arts groups.

4) Time for an update
By the late 90s, the Madison Civic Center was ready for an update. Once again, the question of who would cover the cost floated all around the Madison community. Lucky for all of us theater lovers, one Madisonian took charge and made sure that the shows would go on. Jerry Frautschi dreamed of creating something even more grand out of this already beautiful cultural space.

Frautschi originally pledged $50 million to make his new vision, the Overture Center for the Arts, become a reality. While this gift was already generous, he soon realized that he’d need to provide even more. In total, Frautschi donated $205 million to bring his dream to fruition. It is the largest single gift to the arts in American history. We’ve all got Jerry Frautschi to thank the next time we take in a show at the Overture Center.

5) Is it just us, or is that a ghost?
The Overture Center for the Arts opened in 2004. The grand opening featured plenty of celebrating, both in the new space and throughout the community which had become so fond of having a beautiful performing arts center right downtown.

The Phantom of the Opera’s national tour became the first Broadway act to play in the space. Since then, the Overture Center has hosted a variety of Broadway shows from classics like Rent and Fiddler on the Roof to newer acts like Mean Girls and the widely popular Hamilton. Does that make the Overture Center “The Room Where It Happened?” You decide!

6) Not just Broadway acts
Throughout its various iterations as a performing arts center, the Overture Center and its predecessors have featured some of the most popular music and performance acts from around the world.

It’s played host to an iconic list of musical stars, including The Beach Boys, John Prine, Jerry Seinfeld, Yo-Yo Ma, Bob Dylan, Hall & Oates, Willie Nelson, B.B. King, Weird Al Yankovic, and many others. There’s truly something for everyone when it comes to visiting the Overture Center. Whether you love rocking and rolling, a good country tune, or just a good laugh, the Overture Center has you covered.

Now that you’ve learned a bit about the history of the Overture Center, we think it’s only right to give you a few of our top picks for the 2022 summer season. Remember, these are just a few of the many things happening at the Overture Center this year. You can find their full list of upcoming performances here.

Experience the magic of Harry Potter with a live orchestra
On the weekend of May 21 and 22nd, the Madison Symphony Orchestra will be hosting Harry Potter and the Goblet of Fire™ in Concert. This is sure to be a fun experience for the whole family - especially devoted fans. Attendees will not only be able to watch the movie on the big screen in Overture Hall, but will also be treated to the Madison Symphony Orchestra’s performance of the movie’s magical musical score.

Enjoy the laugh-out-loud comedy of The Flying Karamazov Brothers
One night only on June 9th! The Overture Center is known for its one-of-a-kind performance events and The Flying Karamazov Brothers undoubtedly fit the bill. Catch them in all of their comedic juggling and flame-throwing glory. This group has been going at it since their days at UC Santa Cruz in 1973, so you know this is one you won’t want to miss.

See the ten-dollar founding father live in August
That’s right, Hamilton will be returning to the Overture Center this summer from August 9th to the 21st. If you haven’t yet had the chance to see this hit show, (or you’ve seen it, but can’t wait to see it again!), then now is definitely the time. Enjoy this fusion of jazz, R&B, and of course, hip-hop, and view our founding fathers through the eyes of the fantastic Lin-Manuel Miranda. Or as Lin-Manuel might say: Don’t throw away your shot!

As you can see, we at Starion Bank love the Overture Center - not just for its interesting history and amazing shows, but because it’s a key part of the Madison community. That’s why we’re proud to share our partnership with the Overture Center and our love of this Midwest performing arts gem with you!
You May Also Like

View all blog posts under the Newsroom Category 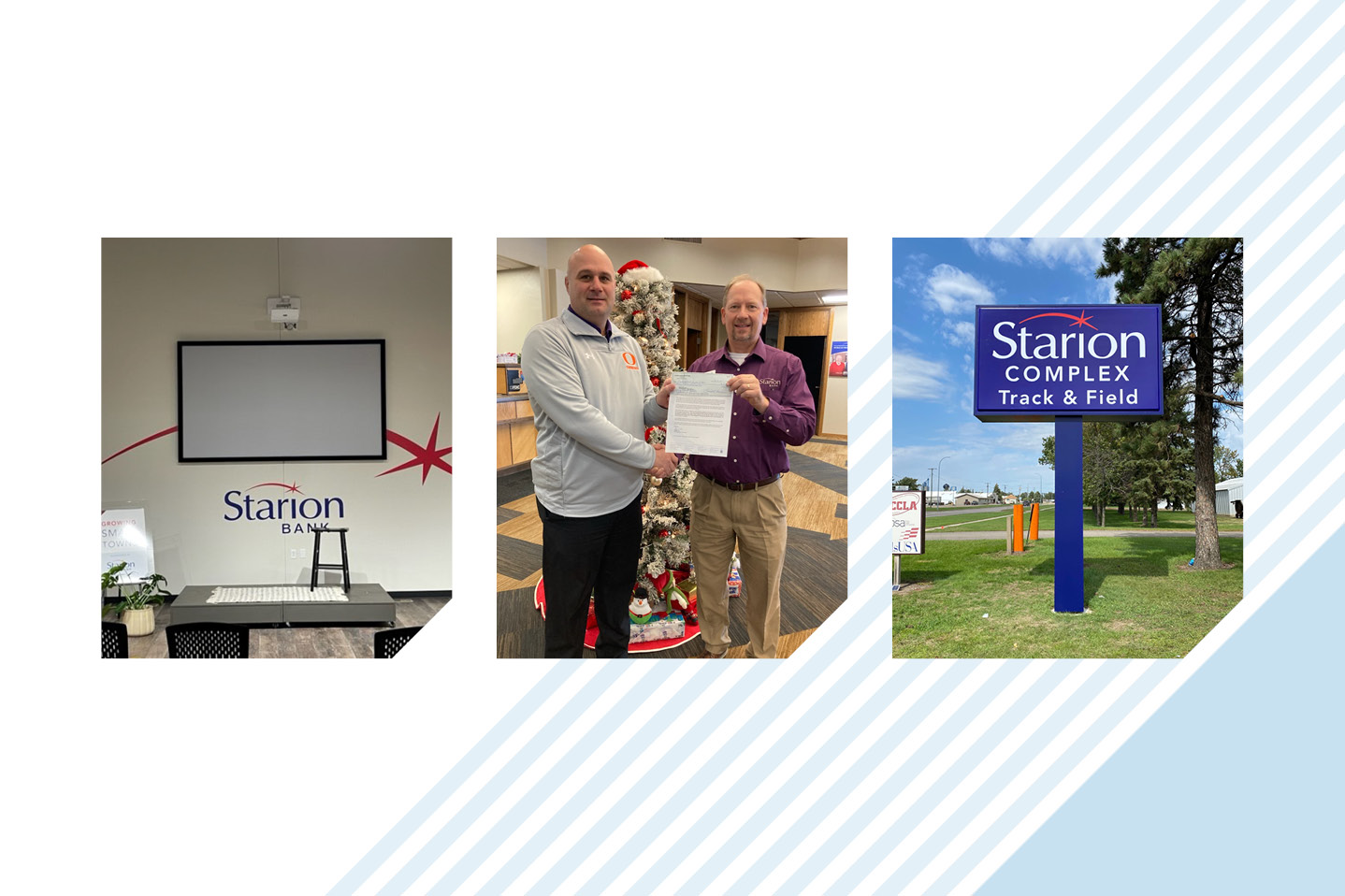